Geranium ‘Rozanne’ was voted plant of the century at the 2013 RHS Chelsea flower show. Which seemed somewhat premature, considering there was another 87 years of the century yet to come.

Why was Rozanne so successful? Traditional blue perennial geraniums, such as Johnson’s Blue (Geranium x johnsonii ‘Johnson’s Blue’) flower prolifically for a period in June, and then are over, leaving just the leaves (which generally then become tatty, and often diseased). Rozanne was a new variety that flowered continuously through most of the summer. Which sounds perfect. But having grown this modern variety for a few years, I think I prefer the older varieties. Why? Well, Rozanne may flower continuously, but it doesn’t flower consistently. After the first flush, the blooms keep coming, but there are less of them, and the plant becomes straggly and tatty. It’s one of those situations where you know you should really cut the plants back, but it seems a shame to forgo the few flowers that are still appearing. The older varieties don’t give you that dilemma. They flower once, and then you know there won’t be anymore. However, they bloom with more intensity. While they’re doing their thing they have more flowers and are more impressive. And if you cut the foliage right back after flowering, they produce a new flush of fresh foliage, and will often flower again too.

For Rozanne, Crocus say ‘In midsummer, rejuvenate plants that are beginning to look jaded by removing old flowered stems and leaves.’ So basically; cut them back as you would the old varieties, to promote new leaves and (hopefully) flowers. In which case the only difference is that with Rozanne (as well as some of the other new varieties), if you don’t get around to cutting them back, you’ll still be getting a few flowers on the straggly growth that remains.

This year, in my garden, Rozanne formed a mound nearly a metre high, and then flopped to a sprawling mess once the rains came; all before producing a single flower. Add to that the fact that I’m not so keen on the foliage, which is rather an odd shade of green with an unattractive mottling, and I think I’ll be going back to the old varieties. Johnson’s Blue was popular for a reason. 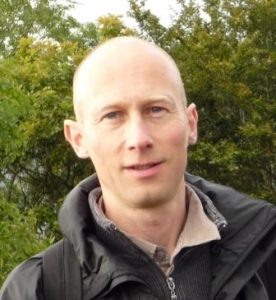